Stan James is probably one of the most recognised betting brands in the UK. It’s fair to say that they aren’t the biggest, but after having been launched in 1973, they are still one of the oldest currently in operation.

Today the company has around 90 betting shops throughout the UK. Their latest merger Unibet has increased their portfolio even more and whilst online is probably the strongest part of the company, the high street is still their bread and butter.

Note: Stan James Online is now part of Unibet. All existing accounts have been migrated and new customers should sign up with Unibet. 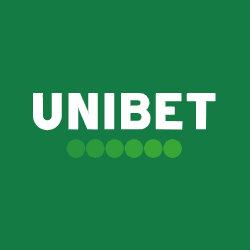 Stan James is still widely regarded as one of the biggest brands on the high street and, as we mentioned, have 90 shops to speak of within the UK. The company have held pretty firm in terms of numbers, which is impressive in an industry that’s been declining over the last decade or so.

The company have made a number of high profile acquisitions and mergers over the years, including Betdirect, SJBET and more recently Unibet. What’s been interesting to see is that they’ve been one of few bookmakers who have tried to make their brand more global, buying up properties in Spain, Austria, Germany and across Europe.

The number of stores has remained pretty constant over the last 5 years or so and we are expecting to see the company to stay pretty much where they are moving forward. Although, if their history is anything to go by, we wouldn’t be all that surprised to see that they had other mergers and potential acquisitions lined up moving forward.

Stan James has been one of a number of bookies that has seen the transition from the high street become a huge cash cow for them. The current incarnation of their sportsbook is one of the better ones that we tested online and with it you not only get to access a ton of betting markets, but also a great range of offers and promotions as well.

Design has always been an area that they have been ken to improve on and at the minute they are one of the best looking that we have tested. They have kept their green and black corporate colours that have stayed with the brand for so long and their latest affiliation with Unibet has definitely seen some design tweaks that have improved the overall feel.

In terms of sports, there is little doubt that both horse racing and football are the main focus on site. They are able to cover races from all over the world and also include dozens of football leagues to be t on as well. But, they aren’t just a on (two) trick pony, in that they are able to offer up a really good range of sports bet on across the board.

The site enjoys a number of features that you cant get via their high street shops such as cash out betting, live in-play betting, form guides, statistics, Stan James radio and live streaming, all accessible from a free betting account.

The company was first set up in 1973, about 12 years after the first betting shops were legally allowed on tie high street. The brains behind the operation were that of Steve fisher and James Holder. The name, Stan James, actually came about as an amalgamation of Fishers wife, Anne, to make Stan and James’ own name. You can see that one party was definitely the more creative in this process!

They were able to break through into the industry by thinking outside the box and offering telephone betting. The majority of the bookmakers at this time were simply taking over the counter bets, so back in the 70’s, telephone betting was quite unique.

The company didn’t actually need all that many betting shops to make this process a success and only had a handful of new shops open up within their first decade or so. But, as their success continued to grow, so did their competition within telephone betting, so they decided that they needed to expand to high street stores in order to keep up.

A good proportion of their business was based around the Berkshire and Oxfordshire regions of England, but they knew that they needed to keep things fresh and expand. This was at first pretty tough for them given that their high street standing was still pretty low, but the boom of the digital age of betting was the start of their business really kicking off.

They first went online back in 1997 and were one of the first bookmakers to do so. They already had a fairly sophisticated system up for the their telephone betting service, so the transition to online was a lot less stressful than it might have been.

The company continued to progress and with it came the first of their major acquisitions in the form of BetDirect. They purchased the brand from 32Red for £5.75million and back then it was considered to be a huge coup for the brand, allowing them to really push on with their online betting platform.

Through 2008 the company had decided that they needed to branch out from the UK market and create more of a global brand for Stan James. They did this by acquiring several foreign companies in the form of BetKick to create SJBet and SJBet24, who would head their work outside of the UK.

The decision to enter markets, such as Germany and Austria, paid huge dividends for Stan James as they were one of few who were brave enough to take the leap across the water. They also were able to pick up another 27 high street stores after their acquisition of Pagebet went though in 2010.

Stan James was able to create a huge number of sponsorship deals, that included the World Matchplay in darts, Guinness Festival in horse racing, The King George Chase, The Champion Hurdle and many more.

But, the biggest movement within the company since they first opened their first betting shop came in 2015 when betting giants Unibet bought the brand for what was considered a cheap £19 million. With it Unibet, who were the bigger of the two brands, had been able to propel Stan James to the next level, both in terms of their online and offline appeal.

Stan James in the News

STAN JAMES OWNER TO SPLASH £175M ON 32RED (23rd February 2017) – The Kindred Group (formerly Unibet, owners of Stan James) have announced that they are to acquire the 32Red brand in a deal said to be worth £175.6million. The casino operator will still remain as 32Red, but will work under the guidance of Kindred.

Ladbrokes-Coral sells shops to Betfred and Stan James (17th October 2016) – The merger of both Ladbrokes and Coral has prompted the Competition and Markets Authority to step in and force the pair, should the merger go ahead, to sell up to 360 of their betting shops. It’s thought Stan James are willing to step in and purchase 37 of the stores, with the rest going to Betfred in a deal worth £55million.

Unibet lays down £19m on Stan James’ online gambling business (10th July 2015) – Unibet are set to acquire the Stan James brand for a fee reported tow be worth in excess of £19million. The is not thought to include any of Stan James’ high street shops, but should give a significant boost to their online status within the gambling industry.